Darling, it was so evocative!

It’s easy to join in a conversation about art in English. Just be sure to call everyone darling, to have outrageous opinions that nobody really understands, and to wear at least one item of statement jewellery at all times.

Of course, these are stereotypes. The best way to feel confident discussing art in English is to learn the words and phrases commonly used in the art world – and that’s exactly what this article will help you to do.

Going to a gallery

Most cities and large towns have a public gallery that is funded by the government. Public galleries generally have a permanent collection (which may be free) and also stage temporary exhibitions (which usually have an entrance fee). Large public galleries, such as the Tate Modern in London, hold at least one blockbuster exhibition each year. If you are a member of the gallery, you may be invited to attend an opening. You might also hear about new acquisitions before anyone else.

As well as public galleries, there are commercial galleries at which the artworks are on sale. Especially in small towns, they tend to show pieces by local artists. 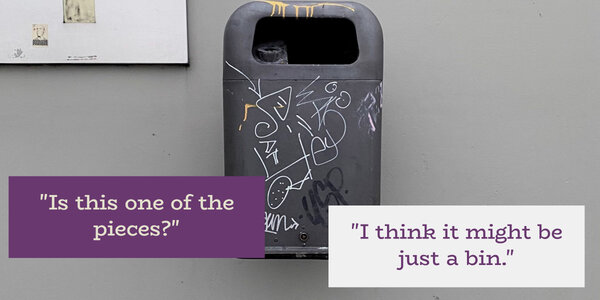 Though lots of artists would like to believe their work defies categorisation, in reality we tend to discuss art based on the medium used. Well-known categories of artwork include drawing, painting, sculpture and photography, but today all kinds of novel forms can be found both inside and outside of galleries. These include video and new media pieces; performance pieces; conceptual pieces; and installations. Other popular media include textiles, ceramics and printmaking, while works in mixed media combine different materials and techniques. 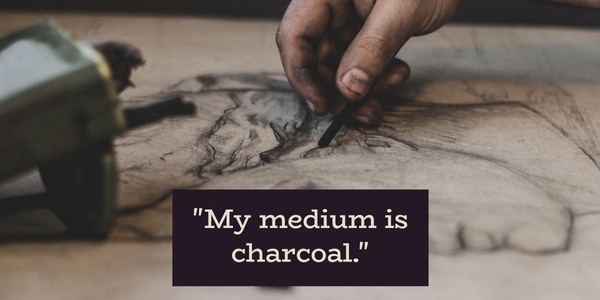 Special notes on drawing and painting

Drawing and painting are the oldest of the visual arts, so they have lots of specific vocabulary of their own.

Drawing is typically done in graphite (i.e. pencil), charcoal, pastel or ink. A quick drawing, especially one in which the artist tries to copy something in the real world, is known as a sketch; the art of sketching naked human models is called life drawing, while an artwork that shows a naked person is called a nude. Important skills for drawing include composition and perspective.

Paintings are commonly created with oil, watercolour or acrylic on a surface of paper or canvas. Traditional types of paintings include portrait, landscape and still life, though abstract works have also been popular since the 20th century. 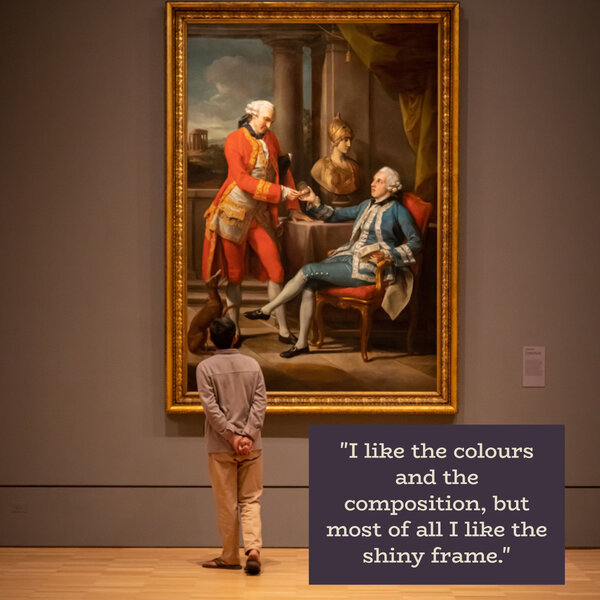 Working in the art world

As well as artists themselves, lots of different people keep the art world moving including agents, dealers and critics. Within a gallery setting, you might also expect to find a director who is in charge overall, curators, handlers and assistants (also called attendants).

If you fancy yourself as a critic, there are certain words and phrases that occur frequently in writing and discussions about art. A selection of them is given below, but the best way to develop this kind of vocabulary is to read reviews and art books as often as you can. 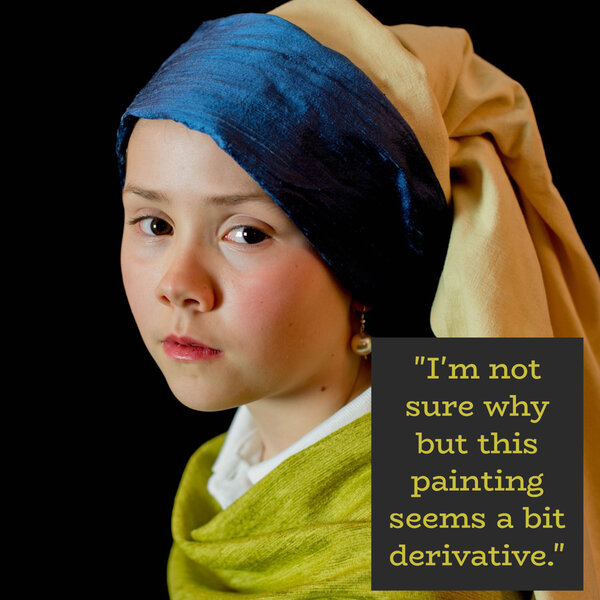 Painting and sculpture are obvious examples of fine arts – but what about other visual forms such as architecture, graphic design, video games and graffiti? Does it make sense to separate the fine and applied arts? Who decides the meaning of art, anyway?

What a load of rubbish

Not everyone likes art, of course. Some people find modern art, in particular, inaccessible and pretentious. A number of clichés can often be heard in response to pieces of contemporary art – most of which would cause artists and art-lovers to roll their eyes.

The art world is a strange place, but the surest way to fit in – apart from wearing all-black outfits and rings as big as your hands – is to practice speaking like the arty types hanging around galleries. So ciao for now, darling, and see you at tomorrow’s opening!

1 thought on “How to Talk About Art in English”