English is home to a lot of sayings and idioms. And a good number of those phrases involve temperature, and especially the word hot!

But what do they mean? It can be tough to understand why someone is telling you that you’re in the hot seat, or if being a hot potato is positive or negative.

So that’s why I’ve gone ahead and compiled a list of ten common idioms that you can learn and use after reading! And I’ve given examples of how you might use them if you are answering typical questions in Cambridge exams.

Have you ever had one of those days where you weren’t feeling the best?

Maybe you were tired…

Maybe you had stomach cramps…

Maybe it was a searing migraine…

Whatever it was, you weren’t feeling so hot, meaning you were not feeling good. You can also say that someone doesn’t look so hot. 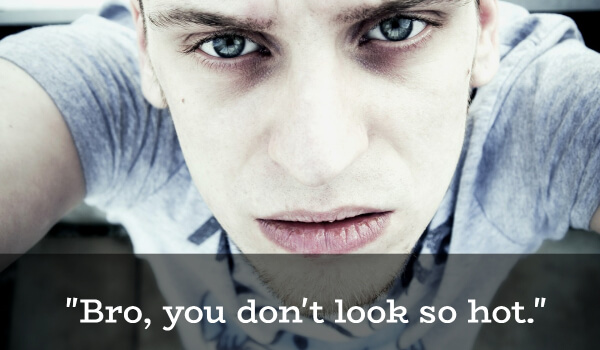 “After happy hour last night, I woke up this morning not feeling so hot.” (He has a hangover.)
“You don’t look so hot. Are you okay?” (He looks pale/sick.)

Exam Question: Are you planning to do anything special this weekend?

“I was planning to go out paintballing, but my cousin said she wasn’t feeling too hot so I’ll probably go and visit her instead.”

Every business owner loves the feeling of being able to say business is booming.

All of your product is flying off the shelves because people are buying so fast, and when that happens, one could say that you’re selling like hot cakes. Hot cakes sell faster than cold cakes!

“I’ve been selling these anti-Trump stickers at the train station. They’re selling like hot cakes!”

“Last year I set up an online shop, and things started really slowly. But now we’ve got a couple of items selling like hot cakes! So last Monday I took everyone out to celebrate and we had a great time.”

Imagine you’re a detective, searching high and low for a serial killer on the loose.

Every crime scene you get to, you put more pieces of the puzzle together thanks to all of the clues that he leaves.

Eventually, you’re so close that you can almost taste the feeling of catching him before he can strike again!

To pursue someone or something and be very close to your target is to be hot on the trail.

“He thinks he’s more intelligent than us, but I’m hot on his trail. He can’t run much longer.”

Exam Question: Who are you most like in your family?

“My grandfather, because he was in the police and when he was hot on the trail of someone, there was no stopping him. I’m not in the police but I have that same kind of determination.”

Have you ever come across somebody who you found really attractive…

And they did something that made you melt on the spot?

This is a form of being hot and bothered, where you get really worked up, either in a good or bad way!

You are hot and bothered when something is giving you stress. It can be ‘good stress’ like with the attractive person, but most often it’s something bad.

“Cindy was flirting with Josh in the corner earlier. You can tell that she was hot and bothered from their little exchange!”
“Andrew gets really hot and bothered in supermarkets when there are long queues and the staff don’t open new tills. He turns red and starts making angry noises.”

Exam Question: Who do you spend your free time with?

“My best friend Cindy. She’s really nice and kind and we have a lot in common. The only thing is she gets stressed easily so we try to go to places where she won’t get hot and bothered. We can’t go to the cinema any more because people are so inconsiderate there.”

Are you somebody who does their best under pressure?

Or are you somebody who actively avoids high-pressure situations?

Depending on your answer, you may love the hot seat or hate it with a passion, since being in the hot seat is being in a tense situation where all of the attention is on you.

“All I wanted to do was come home, kick my feet up, and relax, but nooooooo! I have to sit in the hot seat and answer fifty million questions!”
“I don’t want to put you in the hot seat but I do need to ask you some questions about last night’s murder.”

“Somewhat… really I just like watching other people sit in the hot seat and see how they deal with the situation. Tennis, for example, is amazing because the pressure is so high and the margins of success and defeat are so narrow.”

There is no such thing as someone who’s never been in trouble.

No matter how hard we all try to avoid it, everybody ends up facing conflict sooner or later.

And when you land yourself in hot water, you can bet that you’re in trouble!

“Destiny is in hot water – her boyfriend thinks she’s cheating on her and is going to kick her out of the apartment. She’ll be homeless! It’s her own fault though. She really is cheating on him.”
“I’m in hot water with my boss. I typed 30,000 instead of 3,000 and now we have 8 rooms full of toilet paper.”

Exam Question: Do you enjoy going to parties?

“I did until recently! The last party I went to I had a little too much to drink and ended up flirting with this nice girl. Just harmless fun! But someone sent a pic to my girlfriend and believe me, I’m in hot water with her now! So no parties for a while, I think.”

Unless we’re talking wine, but that’s a different story.

When you’re looking for information or news you want the newest and most up to date you can get! You want your data fresh, or hot off the press!

The press is where they print newspapers. In the old days, like 2005, if you got the early edition of the newspaper you were first to read the news. The news was ‘hot off the press’ – literally – when the newspaper is first printed the paper is actually hot!

Of course now everyone gets news at the same time digitally and print is all but dead, but the phrase is still alive.

“All right, who wants to know what’s happening with the new Star Wars movie? I’ve got the trailer here, hot off the press!”

“I absolutely love Cosmopolitan, especially when it’s got gossip that’s hot off the press!“

But there’s an easy way out – give the problem to someone else! Pass it along to the next poor sucker!

It’s what governments do with big problems – leave it to the next lot to sort out.

A situation like this is called a hot potato. Someone throws the hot potato to you, and it burns your hands so you quickly throw it to the next person.

“Global warming is a political hot potato. No-one wants to clean up the mess.”
“Real Madrid treated the ball like a hot potato – nobody wanted to take the penalty kick.”

Exam Question: Do you think it’s easier to motivate yourself or someone else?

A hot mess is something or someone who is disorganised or chaotic. The movie The Room is a hot mess (no scene connects to any other scene and the characters talk like they’ve been dragged through Google Translate).

You might think this guy’s outfit is a hot mess: 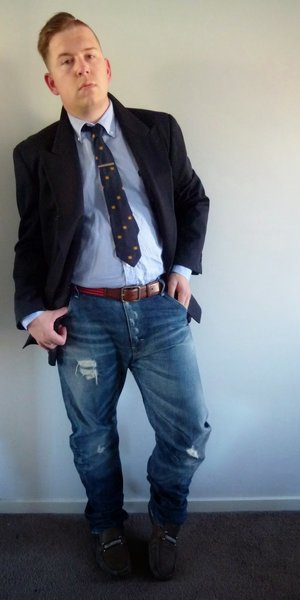 “Have you seen David’s outfit? Who dressed him?! He looks like a hot mess!”
“The ending of Game of Thrones was a hot mess. Such a shame.”

“I love cooking, and it normally tastes good but I’m not so hot at presentation and the plate often looks like a hot mess.”

If you were born 500 years ago you might have found a job as a blacksmith. Your job would have been to make swords – you’d heat the iron then beat it into shape with a big hammer. There’s no point hitting the iron when it’s cold – not much will happen! If you want results, you have to hammer it when the iron is HOT. 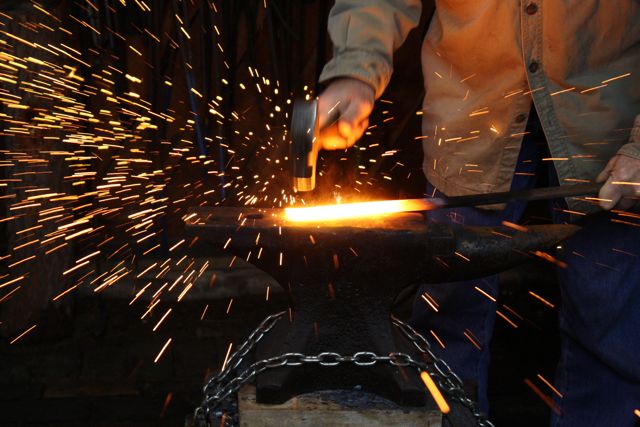 Some people in life are reactive. Some are pro-active. They look for opportunities and when they see one, they go for it! Bill Gates and Steve Jobs both quit school because getting into computers was a once-in-a-lifetime opportunity. The iron was hot (i.e. the world was ready to buy personal computers) and they struck (they founded companies).

Exam Question: What is your favorite time of day?

“I love the morning. I can get up early and knock everything out before noon when I’ve got the most energy. My dad raised me to be this way, to always strike while the iron is hot.”

Voila. There are ten idioms involving the word hot for you, hot off the press. Now go and use them!