There are 14 commonly used punctuation marks in English. Before we study them, how many mistakes can you find in this image? 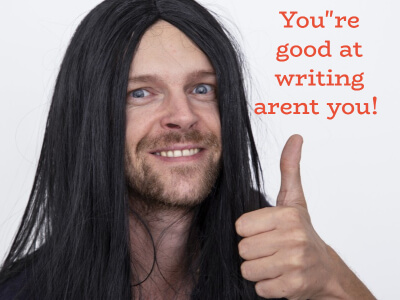 Scroll to the bottom of the page for the answer.

Here’s a visual guide to English punctuation that you can slap on your Pinterest, if that’s something you like doing:

Now let’s go through the list, starting with 3 ways to end a sentence.

Common Punctuation Marks and How to Use Them

Nowadays, it’s quite common to drop full stops for certain words. Some popular examples are MJ for Michael Jackson (initials), NASA for National Aeronautics and Space Administration (acronym), and FYI for for your information (initialism).

Usage: Used at the end of a question
Example: Do you want some chocolate?

Other names: exclamation point
Usage: It shows strong emotion and is used at the end of an exclamatory sentence.
Example: I got a promotion!

Avoid using them in formal writing. This is bad: Dear Mr. Smith, I regret to inform you that your mother had a serious accident yesterday! The exclamation makes you sound happy or excited.

Now, let’s move on to punctuation marks that are used within a sentence. Some of them are tricky…

Usage: A comma is used:

Usage: It separates two complete sentences that are closely related in thought.
Example: I am vegetarian; I don’t eat meat.

Imagine you read this in a story:

He’s rich. I want to marry him.

He’s rich; I want to marry him.

Here the semicolon removes the distance between the two statements. It’s much clearer here that she wants to marry the dude BECAUSE he’s rich.

Usage: You can use a colon:

Usage: An apostrophe is used:

Note – when talking about ownership with the word ‘its’ there’s no apostrophe.

The dog is chasing its tail. It’s a happy dog!

My favourite example is from the movie Zoolander. A male model wins a prize for being the best ‘Actor/Model’ and not ‘Model/Actor’. In other words, we recognise him for his acting, first.

When should you use a hyphen? That needs its own article! Often when English gets a new word it is hyphenated, and over time it loses the hyphen. So e-mail becomes email, and ice-cream becomes ice cream.

Usage: There are two kinds of dashes – the en dash and the em dash.

There are 4 types of brackets. Out of the 4, only one is commonly used. The others are used more in Maths.

Usage: It is used to show an omission of either letters or words. Because of this, an ellipsis is often used within quotations when unimportant parts need to be taken out.

Example: When Newton stated, “An object at rest stays at rest and an object in motion stays in motion…” he developed the law of motion.

If you were very observant, you’ll have noticed that I ended a section in this article with an ellipsis!

This isn’t really a REAL piece of punctuation but you’ll see it quite a lot. It’s this: ?!

It’s useful for when you just can’t believe what is happening.

How Many Mistakes Did You Find?

There were FIVE mistakes. 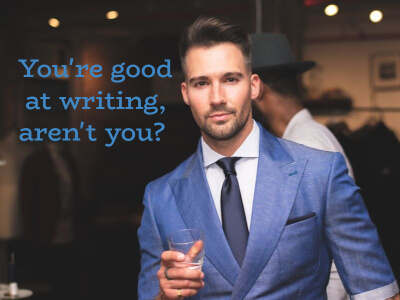 9 thoughts on “The 14 Punctuation Marks in English Grammar [Explained!]”