A great way to improve your English vocabulary is to learn a few idioms. Here are some common English idioms on the topic of animals. 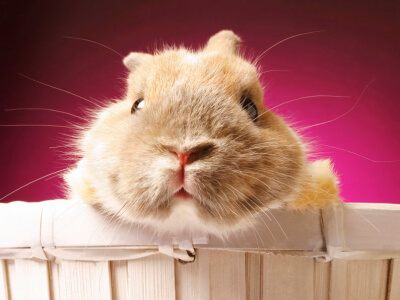 A guinea pig is a small, cuddly animal like a hamster. They were often used in laboratories – scientists would test new chemicals on them to see what happened. Poor guinea pigs! Say no to testing make up on animals!

Anyway, being a human guinea pig means that someone wants to use YOU to test something.

When I make a new English lesson I normally use my girlfriend as a guinea pig. ‘Do this test,’ I demand, and I watch her. When she finishes the test I put her in a giant wheel and she runs around and then I give her some carrot.

To be a guinea pig means to be the first to test out a new thing, coming from the fact that guinea pigs were test subjects for science experiments and makeup.

Exam Question: Are you planning to do anything this weekend?

Yeah, there’s an escape room company near where I live and I volunteered to be the guinea pig for their new room. It’s a Brexit themed room and you have 3 years to get out. 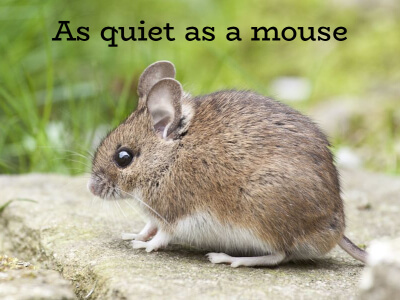 Our second idiom is “as quiet as a mouse”. You’ll probably think the meaning is pretty easy to grasp, since all it means is to be really quiet.

You know I love movies, and there’s an interesting horror movie called A Quiet Place. There are some monsters that hunt by sound, so you have to be as quiet as a mouse OR THEY’LL GET YOU.

Exam Question: Could you describe your family home to me?

It’s pretty relaxing, calming. Big and spacious, and everyone goes about their business as quiet as a mouse. 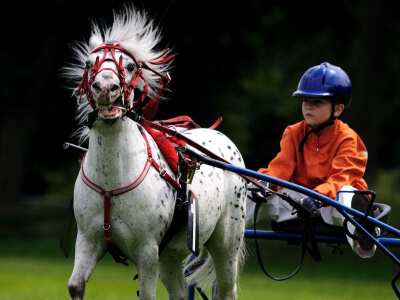 What would you say if your girlfriend was about to serve you a beefburger without smothering the meat in delicious blue cheese?

What would you say if your friend was about to drive home after drinking five pints of beer?

It basically means slow down, or stop. Let’s think about this!

If you are a big horse fan, I wrote more about horse idioms here.

No! 100% no! I have a friend who started a Youtube channel and she was getting lots of views and was going to quit her job to do it full time. I said ‘hold your horses! Do you really want to be in the public eye for the rest of your life?’ 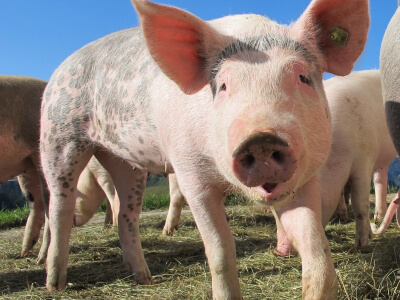 Pigs are very intelligent and clean animals, but they have a reputation for being stubborn.

I’m not a farmer so I don’t know what pigs eat, but I imagine it’s something like chips. So if a pig is eating some chips and you say ‘hey come and eat these fresh carrots’ you have no chance of getting him to move.

If you know a person who won’t ever change his mind – even when what he’s doing is obviously bad for him – you can call him pig-headed.

To be pig-headed means to be extremely stubborn, just like the animal itself.

“I don’t know why you keep taking that so-called medicine. It doesn’t work! If you’ve got a toothache you need to see a dentist. Don’t be so pig-headed about it!”

Exam Question: Tell me about a good friend of yours.

Oh, my friend Dylan is a pretty cool guy. Sometimes he’s a bit pig-headed but he means well and has a good heart! 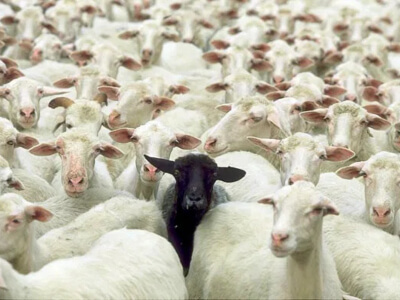 Have you ever known a person whose family doesn’t approve of him/her?

Maybe they had done something that the rest of the family felt made them, as a group, look bad. Perhaps they stole from their father’s company. Maybe they got too friendly with the nanny. Or perhaps they just insisted on being a Goth long after everyone else realised it was dumb.

Whatever it was, the others don’t feel they fit in and don’t really want them as part of the group, but being family they’re kind of stuck with them.

Well, that would make them the black sheep of the family.

Sheep are usually white and come in flocks (groups, herds, etc), but every now and then you might find one sheep that sticks out like sore thumb since he’s the only one with black wool.

To be a black sheep is to not be approved of by the rest of your flock.

“We don’t talk to Tommy too often these days. He’s been the black sheep of the family ever since he said he ate pineapples on pizza.”

Exam Question: Who are you most like in your family?

You know, I suppose I take after my aunt. She didn’t become a doctor when that was when her parents wanted her to do, instead she became an entrepreneur. She was considered the black sheep of the family for a while, but she’s been really successful so they’ve changed their minds. 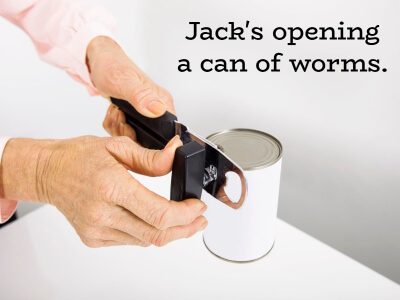 You use this idiom when someone does something that causes a lot of extra problems. Imagine you have a can, and for some insane reason it is full of worms. You open the can and all the worms come out. First of all, you can never get them all back in. Second, there are worms everywhere causing chaos.

Here’s a great example of opening a can of worms: asking the British people the question ‘Do you want to leave the European Union?’ Oh oh! That simple question really opened a can of worms! Years of chaos and confusion and the ruination of the entire country.

Or you’re at a party and there’s a couple and you say, ‘By the way, how long have you been married?’ And they start to have an argument. Because what you didn’t know was that one of them really wants to get married and the other one didn’t. So now you’ve opened that particular can of worms (a can that probably gets opened quite often!) and the party is not fun any more.

Exam Question: Is there a festival in your country that is very popular?

You’ve opened a can of worms there! I actually used to work for the biggest music festival. I was one of the organisers. But I got fired when I suggested we make this year’s theme ‘Despacito’, which is my all-time favourite song. 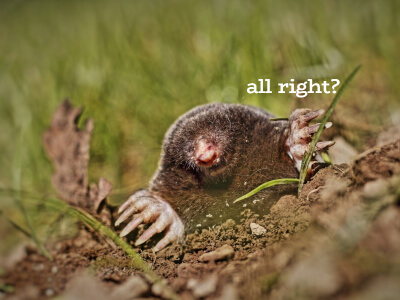 #7: Make A Mountain Out Of A Molehill

Moles are cute little blind things that enjoy making tunnels in your garden. They often make little mounds of soil that we call ‘molehills’.

Now think of a problem in your life. Maybe you don’t have enough money to buy a new car. Is that a mountain-sized problem or a molehill-sized problem?

Don’t make a mountain out of a molehill means ‘don’t say that a problem is bigger than it really is’.

Exam Question: Do you prefer working on your own or with other people?

I’d rather work by myself; everyone else has a tendency to make a mountain out of a molehill when the smallest thing goes wrong.

Did you like the semicolon in that sentence? Find out how to use a semicolon in my guide to English punctuation! 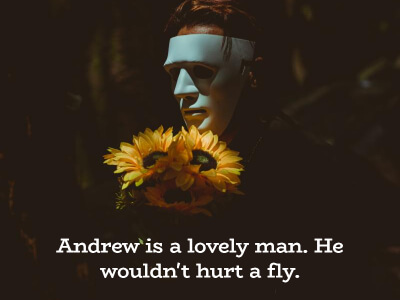 There are some very scary people out there who are quick to resort to violence.

On the other hand, there are people who are so gentle and harmless that you can say they wouldn’t hurt a fly.

Exam Question: Tell me about your family.

My nana is the sweetest lady in the world; she wouldn’t hurt a fly. She has a real soft spot for animals – I think she has four cats and three dogs. And she’s extremely generous, too. Gives a lot to charity. 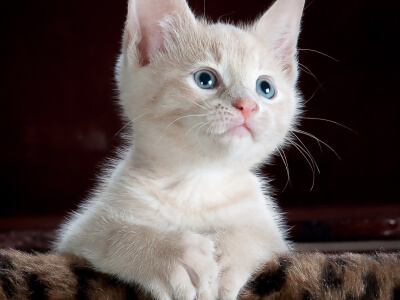 If you tell your friend a juicy secret, trusting him not to tell anyone else…

Only for him to hop on the internet and tell the world then congratulations, your friend has officially let the cat out of the bag!

Letting the cat out of the bag means telling a secret or revealing some hidden information.

“We were supposed to surprise Mike for his 21st birthday, but loose-lipped Lizzie decided to tell him ahead of time, so the cat’s out of the bag now!”

Exam Question: How important do you think it is to know what’s happening in other countries?

Mostly it isn’t important, but sometimes it’s very important. Like when Chernobyl happened – the Russians didn’t want to tell anyone but it was affecting people across Europe. The cat was soon out of the bag, of course, and these days it’s even harder for a country to hide some crisis like that. 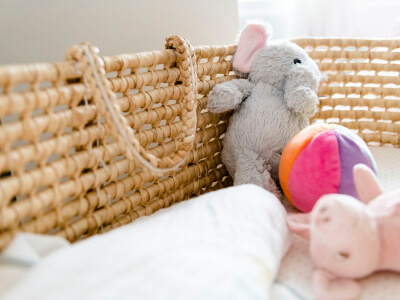 Yet nobody wants to come out and say it because it’ll cause issues?

That’s referred to as the elephant in the room: a problem/issue that’s too big to ignore yet everyone tries to ignore it anyway.

Example. It’s the funeral of a woman. Her husband is there in the church. But everyone else THINKS THAT HE IS THE MURDERER. Probably nobody would actually say anything because it’s not the time or the place to do so. But there would be a strange atmosphere and everybody would be trying not to talk about it.

Another example. You’re teaching an English lesson. Two of the students are a couple. The woman comes to class with a black eye. Everyone thinks, ‘Did the boyfriend hit her? Is that why she has a black eye?’ For the rest of the lesson it’s all anybody can think about. It’s the elephant in the room.

Exam Question: Is it better to work for a small company or a large one?

Oh, that’s a good question! It’s actually a little bit of the elephant in the room at my office – we’re a small company and we’re being bought by a big one. I think we’d all prefer to stay as a small company but we’re afraid that if we say anything we’ll lose our jobs in the takeover.