Today I’m going to teach you 10 English idioms about birds. They’ll help you understand the Fast and Furious movies, help you in business, and help you pass your English exams. 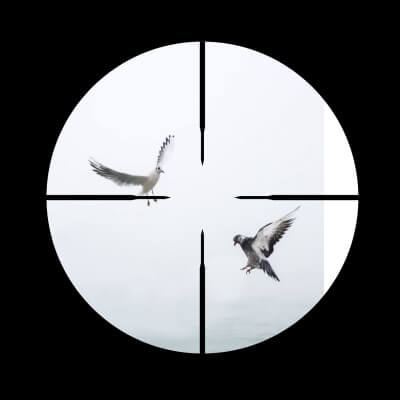 #1: To Kill Two Birds With One Stone

Have you ever needed to take a trip to one side of town in the morning, but then ended up going back there again in the evening for something else?

Well, if you’d thought ahead and done both errands at the same time you could have killed two birds with one stone.

It means ‘do 2 things at the same time’.

A personal example: At the moment we’re renovating our house to make it more energy efficient. The front of the house has a couple of metal walls – by changing to wood it’ll be warmer and look nicer, too. So we’re killing two birds with one stone.

“Yeah, I’m going to Chicago on business. My mum also lives there so I can visit her and kill two birds with one stone.’’

Exam question: What’s good about living in your city?

“We have a good train service, meaning I can get to work quickly and do some work on my laptop while travelling, it’s killing two birds with one stone!” 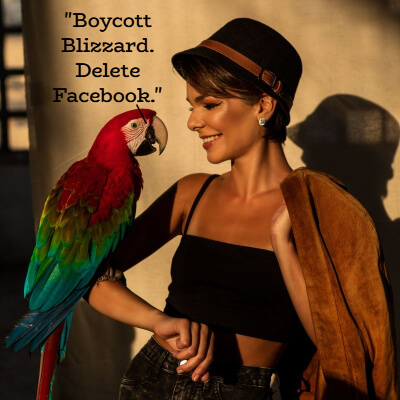 Have you ever seen a movie where a cop was in the middle of questioning a suspect and he knew information that the suspect thought he wouldn’t?

“Oh, I have my sources… you could say a little bird told me.”

When a little bird tells you something it means that someone gave you some info, but you’re not revealing who it was that told you.

Exam question: What are you going to be doing this weekend?

“Well, a little bird told me there’ll be a party going on down the road from me, so I’m probably going to check that out.” 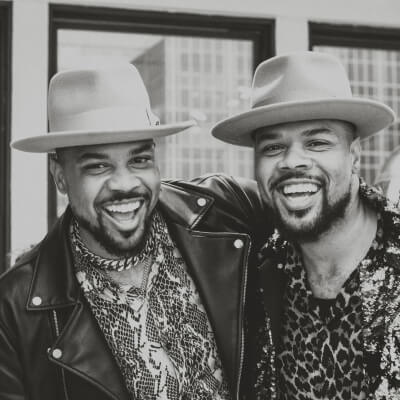 #3: Birds Of A Feather Flock Together

Did you notice at school that all the computer nerds tended to hang out together, and all the sports fanatics had a different group? The emo types would all pretend to be alone but really they were in a group too?

The idiom birds of a feather flock together is ideal to use in this situation.

It just means that people with similar interests, tastes or behaviour tend to group together.

“There’s a Star Trek convention going on at Barnaby Hall. Everyone’s dressed up in costume. You know what they say… birds of a feather flock together.”

Exam Question: Who do you spend your free time with?

“I’m always around my biker club friends as we’re always having fun trying to race each other and whatnot… I guess birds of a feather really do flock together.”

If a million people made a list of animals with a reputation for being brave, a chicken would not be anyone’s first choice! They usually run off at the first sign of danger.

Imagine you said that you would parachute out of a plane for charity. When you got up there and saw the ground thousands of feet down you realised you just couldn’t do it, and returned to the airfield hanging your head in shame.

You backed out of it, or in other words, you chickened out!

“My boyfriend was supposed to be meeting my parents this weekend but he chickened out and said he had the flu.”

Exam Question: Tell me about one of your siblings.

“Lucas is pretty much my opposite. If I want to push forward and do something, he’ll do the opposite and chicken out.” 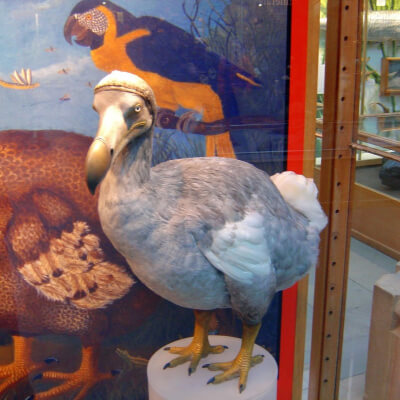 Dodos were large birds that used to live on two islands in the Indian ocean. They couldn’t fly and apparently had no fear of humans, so when Dutch sailors arrived on the islands they found their dinners pretty much just sitting there waiting for them.

As you can imagine they are extinct now.

If something is totally and definitely dead, or even if it’s something there is no use in having around as no-one has no interest in it anymore, you can say it is “as dead as a dodo”.

“The negotiations had seemed to be going well, but since the ambassador insulted the president’s wife the deal is as dead as a dodo.”

“Now we have Netflix and Disney Plus, BluRays may soon be as dead as a dodo.”

“I really like to drive, but the battery in my car is as dead as a dodo. So, I’ve been having to get the bus.” 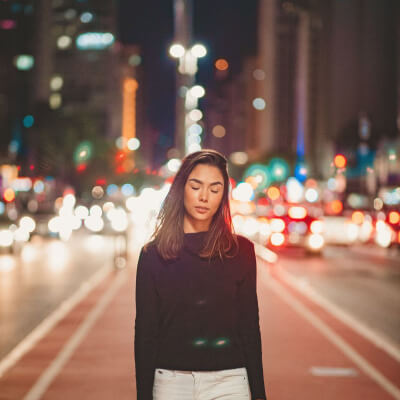 Not everyone is meant to be a morning person!

Some can actually wake up early and be ready for the world but for others, they are their best at night time. Or perhaps just like to stay up late.

This makes them a night owl!

“I swear, if Jerry calls me at one in the morning one more time! Why can’t he understand that I’m not a night owl like him?!”

Exam Question: What is your favourite time of day?

“Late at night when I can get work done in peace, I’m a real night owl!” 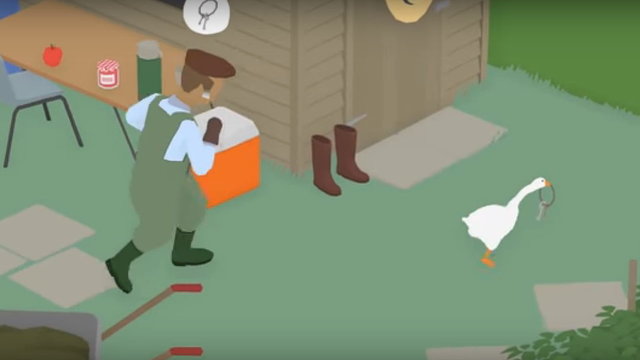 Only to find out at the end of the day that those shoes are only available in another country?

Congratulations, you’ve been led on a wild goose chase, a search that ends up being a waste of time or at least far longer than it needed to be!

“I almost strangled Harry the other day. Why? Because he sent me on a wild goose chase to get him a magazine that wasn’t even out yet. ”

Exam question: Are you going to do anything special this weekend?

“Oh yeah, I’m going to see if I can find the perfect dress for the school prom. Hopefully, it isn’t a wild goose chase!” 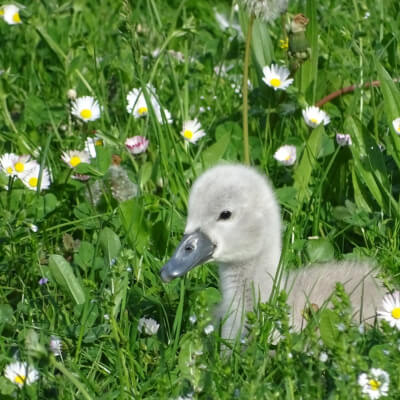 Remember that one girl who wasn’t the best looking in school, only for her to hit university and become absolutely jaw-dropping?

She went through a period of being an ugly duckling, which is when you’re not very good-looking or perhaps a bit gawky as a kid but the older you is attractive.

Now, you might be thinking “but ducklings are so cute” and you’d be right. The phrase comes from an old story about a baby swan (a cygnet) that ends up in a ducks nest by accident.

Ducklings may be cute but cygnets are definitely not, so all the other ducks said it was an “ugly duckling”. Then it grew up to be a swan which was, of course, beautiful.

“Guys were never interested in me when I was in my teens. Now, I can’t keep them away from me! My friend said that my ugly duckling phase is over, but I couldn’t have been THAT bad… could I?”

Exam Question: Have you done anything interesting with your friends lately?

“We looked through our old yearbooks from kindergarten, but they kept saying I had been an ugly duckling and I ended up swearing at them.” 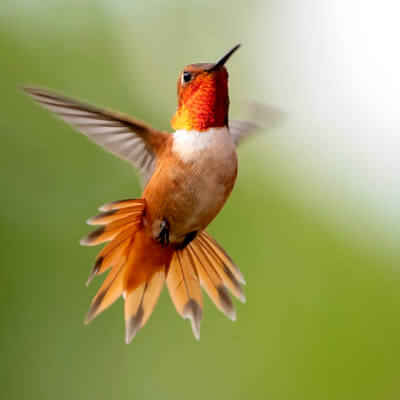 Have you ever been in a situation where you felt you couldn’t do what you really wanted?

For example living at home with your parents. You love them dearly but you’d really like to get your own place and do your own thing rather than live by their rules. And if your Dad tells that joke one more time….

Did you manage to escape?

If you did, you’ve flown the coop.

The phrase comes from the idea of chickens or other farm birds escaping their coop or enclosure. It means to get out of a situation that you find limiting.

“Susan used to work at the local hairdressers, but now she’s flown the coop and set up her own salon.”

Exam Question: Do you prefer traveling by train or plane?

“I like planes. It really lets me feel like I’ve flown the coop whenever I leave the country.”

“We stayed on the 35th Floor of the hotel so we had a real bird’s eye view of Paris.”

“He called in a consultant to get a bird’s eye view of the company and see where the real problems were.”

Exam Question:What would be your favourite ride at the funfair?

“I love the ferris wheel, as you can get a bird’s eye view of the whole area.”